In December, PepsiCo disclosed for the first time a 6.7% stake in online bulk grocery retailer Boxed. The disclosure was prompted by the start of trading for Boxed as a public company by way of a special purpose acquisition company, or SPAC. The stake wasn’t new, however. PepsiCo had first invested in the privately held Boxed several years earlier, PepsiCo Chief Financial Officer Hugh Johnston told BD in a recent interview. That was around the time PepsiCo was ramping up a separate ecommerce unit created within the company in 2016. “At the time, we essentially said we need to lean in on e-commerce,” Johnston said in the interview. “We didn’t know exactly when, but we thought it was going to be big as a channel.” Hence, the Boxed investment. “One, we thought it was an interesting business,” Johnston said of Boxed. “And two, it was for learning.” By 2018, PepsiCo’s ecommerce sales reached $1 billion in retail sales. Johnston said PepsiCo was working under the notion that every product category will eventually see an infection point within the ecommerce channel, and PepsiCo wanted to be prepared. “Obviously in the food and beverage space, the big inflection point was the pandemic,” Johnston said, “which I’m not going to in any way claim that we saw it coming.” In May 2020, as the Covid-19 pandemic washed over US consumers and they fled to their homes for protection, PepsiCo launched two direct-to-consumer websites. PantryShop.com and Snacks.com sell core PepsiCo brands ranging from Doritos and Quaker to Starbucks and Mtn Dew Game Fuel. “We did put ourselves in a position that we were prepared,” Johnston said. “Boxed was just part of that strategy to really learn about how e-commerce works.” He declined to disclose any plans by PepsiCo to increase its stake in Boxed. For years, PepsiCo has negotiated with various independent bottlers in the US to ease the path for products such as Pepsi and Mtn Dew to be sold into those bottlers’ exclusive franchise territories. The negotiations are in various stages, with some agreed. However, PepsiCo already controls distribution for about three-quarters of the volume sold in the US by way of its company-owned bottler, Pepsi Bottling Group.

REVENUE MODEL. Boxed describes itself as an “ecommerce platform selling bulk, high repeat essentials to consumers and businesses,” according to a presentation to Wall Street analysts last August. That’s just part of the business model. Boxed says its platform is “powered by the company’s own purpose-built storefront, marketplace, analytics, fulfillment, advertising, and robotics technologies.” That platform also is used for a “software & services” business that offers “customers in need of an enterprise-level ecommerce platform access to its end-to-end technology.” (PepsiCo does not use technology from Boxed.)

UPSIDE. Boxed generated net revenue of $187 million in 2020 and is targeting at least $1 billion in sales by 2026, according to the August presentation to analysts. US grocery ecommerce sales reached $106 billion in 2020 and could reach $248 billion by 2021, according to Boxed. Of the $106 billion in 2020, 75% of sales were generated by Amazon, Costco, and Walmart, the company said. The remaining $31 billion in sales came from other online retailers including Boxed, which expects that total to more than double to $63 billion by 2024. Ecommerce accounted in 2020 for about 10% of US grocery sales, according to Boxed. The company expects that to reach 21% by 2025.

LEADERSHIP. Boxed was cofounded in 2013 by CEO Chieh Huang, who previously founded a social gaming company called Astro Ape Studios that he later sold to Zynga in 2011. Boxed Board Chairman Gary Matthews served as a VP of marketing for PepsiCo’s Frito-Lay division during the early 1990s. He later ran Diageo’s Guinness unit and spent 12 years as a managing director of private equity for Morgan Stanley. 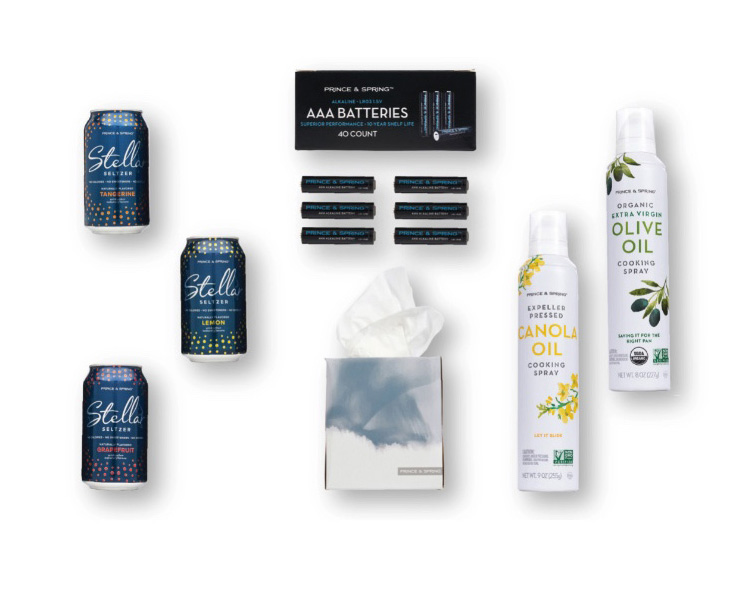