Franchise bottlers for Coca-Cola’s North America Operating Unit recently met virtually to review innovation and system execution plans for 2021. Those plans will center on growing the base business, relaunching innovation that was disrupted in 2020, and introducing “purposeful” innovation, according to multiple sources who attended. The annual system event was the first for Alfredo Rivera since he was announced as president of the unit in late August, moving over from the same role in Latin America. Speaking to as many as 1,500 Coke system executives gathered online, Rivera acknowledged the challenges of 2020. “It’s right to say that we have all been tested, that we have all learned, and that we have all grown during this year,” he said. “I’m not surprised, but it’s great to see the resilience and the strength that came from our system during 2020, and that makes me more confident that we can only get stronger.” The following meeting details also are based on information provided by multiple sources.

INTRODUCTION. Rivera, a 37-year veteran of the global Coke system who spent most of that time in Latin America, detailed his significant ties to the US during his formative years. Born in Honduras, Rivera learned English at an American school funded by his parents’ employer, banana-producer Chiquita Brands. He then attended high school near Hattiesburg, Mississippi and earned bachelor’s and master’s degrees at the University of Southern Mississippi before returning to Honduras at age 22. Rivera’s son, who shares his name, is global e-commerce manager at Arca Continental in Dallas and has worked for Arca-controlled bottler Coca-Cola Southwest Bottlers and for Coca-Cola in Atlanta. Rivera’s wife of 30 years also was educated in the US. “We have a strong connection to the United States and admiration,” he said, adding that he is a longtime Atlanta Braves and Miami Dolphins fan. “My wife has been waiting for 30 years for the Dolphins to win a Super Bowl because every year I tell her, ‘This is the year.’” 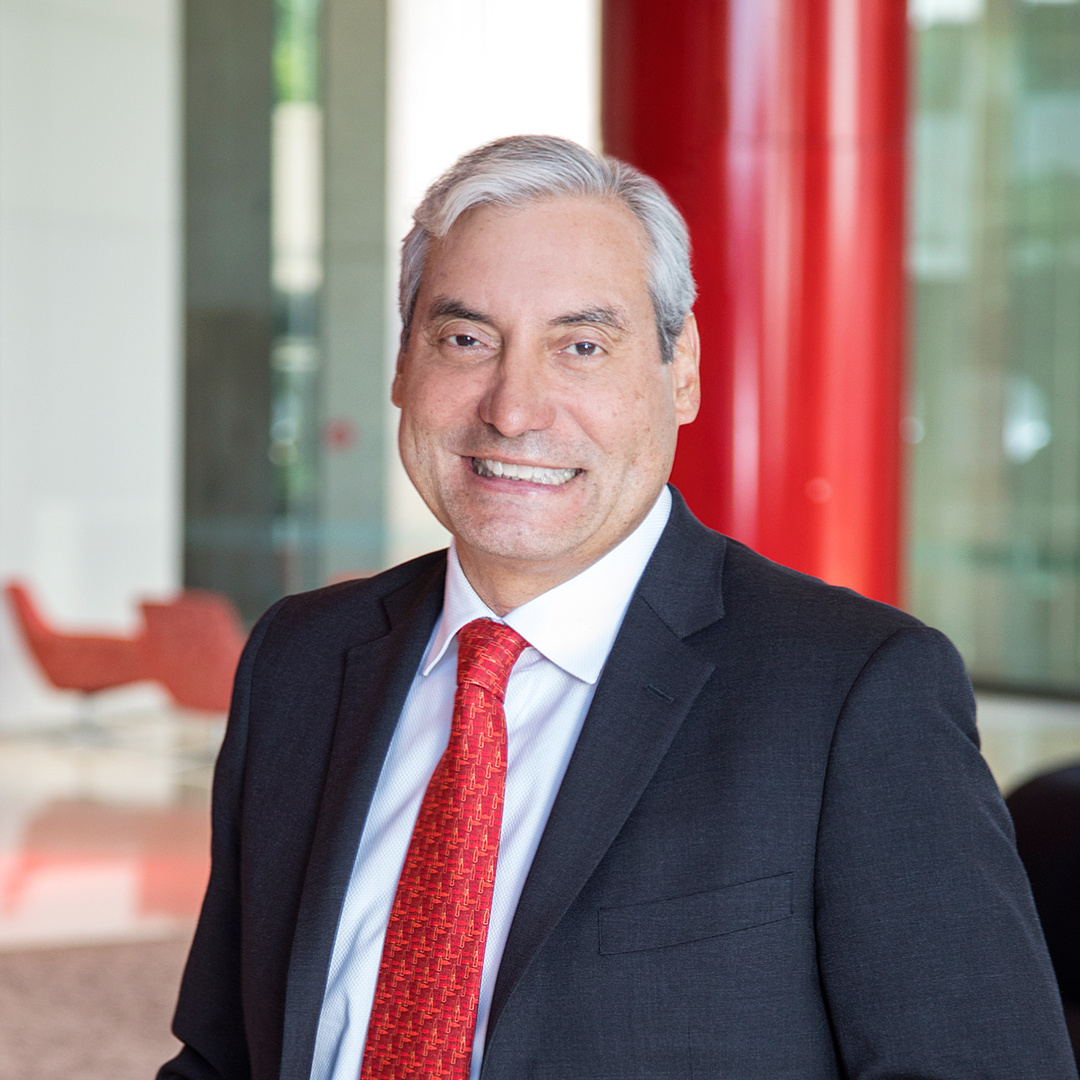 MOONSHOT. Rivera addressed the recent restructuring of Coke’s global operating organization and how it translates to North America, which has now been organized around four geographic zones and five marketing teams: 1) Coca-Cola; 2) Sparkling Flavors; 3) Hydration, Sports, Coffee and Tea; 4) Nutrition, Juice, Dairy and Plant; and 5) Emerging Categories. Broadly, Rivera outlined three priorities for the operating unit: 1) Changing the way the team works, with less meetings and more actions as a network; 2) Changing how the unit learns, by experimenting and learning from “doing”; 3) Changing the way the organization leads, by being less hierarchical and more empowering when it comes to experimentation. Rivera then recounted his fascination as an 8-year-old boy in Honduras with the US effort that put two men on the moon in 1969. Rivera, a history major in college, later learned about President John F. Kennedy’s pledge to accomplish the moon landing at a time when there was no clear path to success. Rivera was impressed with the way US engineers broke down the goal into less complex parts, using experimentation and step-by-step learning to create a solution. Rivera then suggested a “moonshot” for Coca-Cola North America. “This is the opportunity for us to rethink,” he said. “How can we become not only the largest system for the Coca-Cola Company in the world, but the most profitable system.”

BRAND COCA-COLA. The company will look to “renew” trademark Coca-Cola’s relationship with the next generation of “fans,” while focusing marketing on three platforms that intersect with consumer and brand values: “Enjoyable Indulgence,” “Coke and Food,” and “Energy & Uplift.” Trademark Coca-Cola packaging will evolve. In addition, Coke will continue to develop multiple growth engines within the flagship trademark, including Coca-Cola Energy and Coca- Cola with Coffee. Coke Zero Sugar will focus on significantly accelerating its growth rate. The NCAA March Madness college basketball tournament will be a marketing focal point for Coca-Cola and Coke Zero Sugar, while other key marketing programs will be modernized. It’s rumored that Diet Coke could also get a functional variant under a “Rise” trademark first filed in 2018.

SPORTS DRINKS. Powerade will focus on its Zero Sugar lineup in 2021, adding new flavors, updating labels, and expanding the platform. (Zero-calorie sports drink competition has become more acute since Gatorade’s 2018 introduction of Gatorade Zero.) More broadly, Powerade packaging and marketing will evolve to get even closer to sporting consumers. Powerade Power Water, Coke’s answer to Propel, will relaunch next year following its muted 2020 introduction. Marketing and in-store promotion will take advantage of the Tokyo Summer Olympics and sporting seasons, including football and basketball. 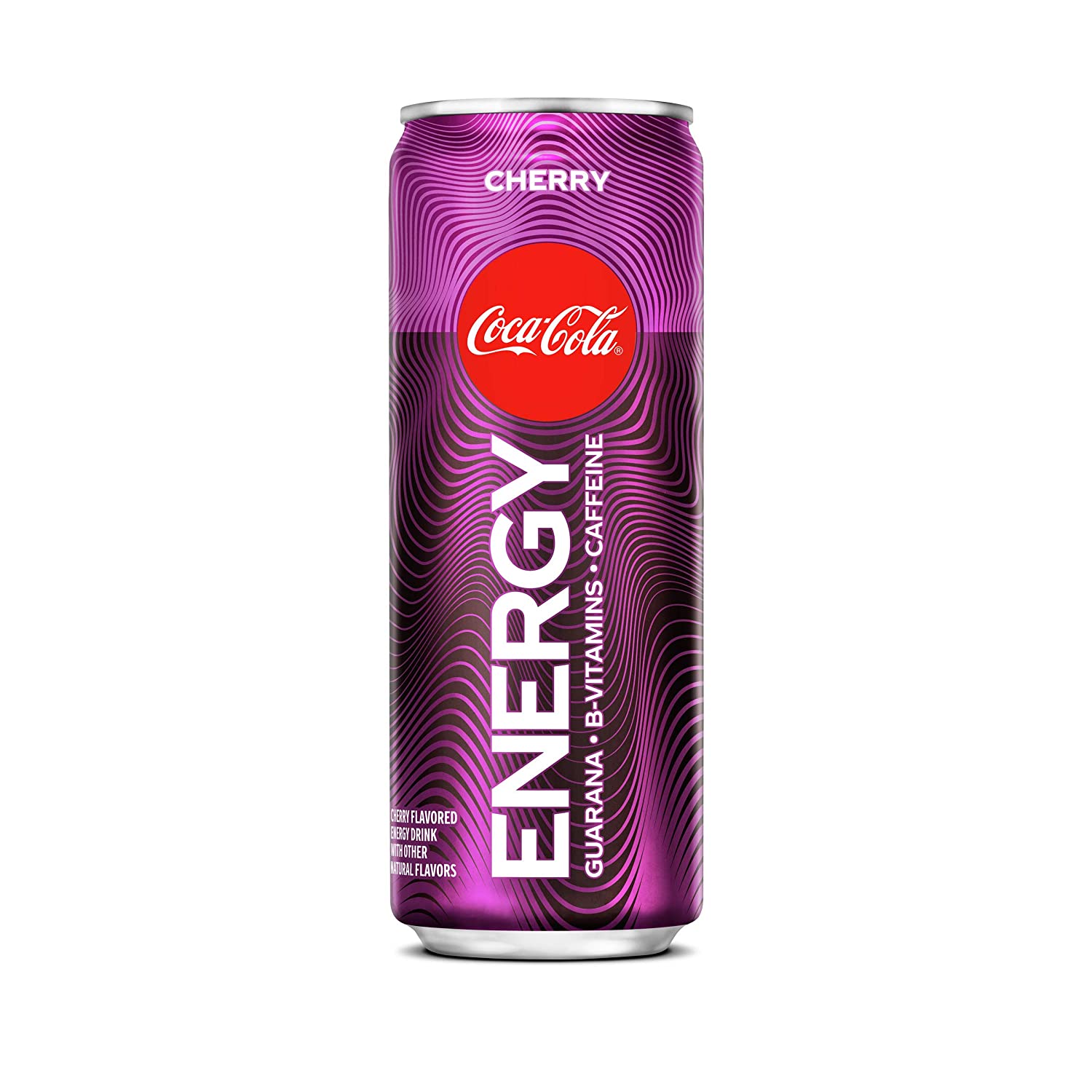 COCA-COLA ENERGY. Launched in 2020 amid the COVID-19 pandemic, Coke Energy will remain a growth platform priority for brand Coca-Cola. Consumer trial, an emphasis on cold availability, a greater focus on the brand’s cherry variant, and a new Global marketing campaign will drive a global relaunch of the brand. The energy set at convenience retail will remain a priority for the brand. And new packaging options will help to capture more at-home occasions, which have increased significantly during the pandemic. Messaging around consumers’ need to boost energy levels will be elevated as part of a revamped marketing and advertising approach. Sampling programs will be tailored around the evolution of COVID-19 lockdowns. 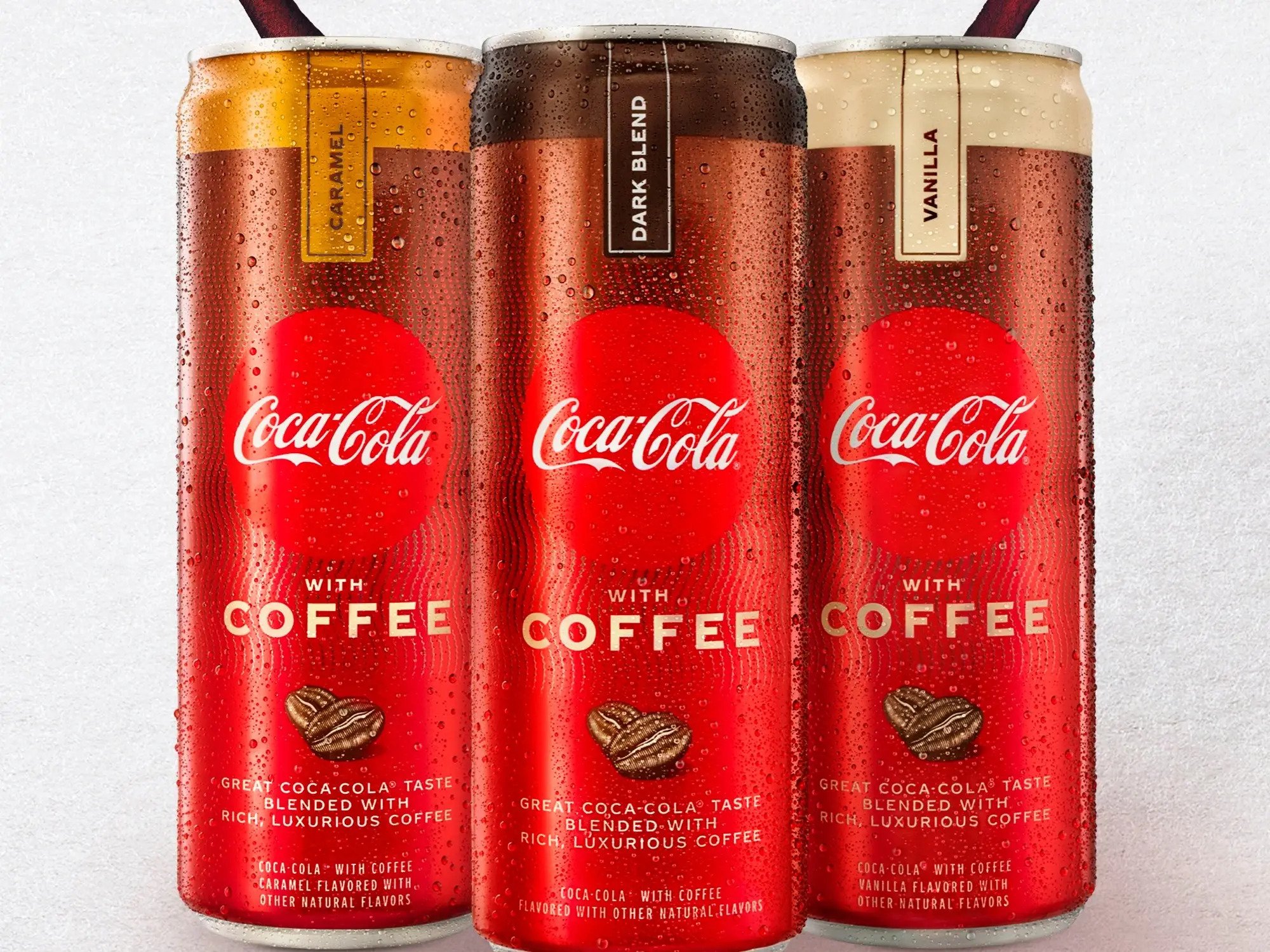 COKE WITH COFFEE. The national launch of Coca- Cola with Coffee, delayed this year by the COVID-19 pandemic, is planned early in the first quarter in national accounts, large regional chains and e-commerce. Marketing and point of sale imagery will emphasize the liquid’s hybrid nature as a unique drink that sips like a Coke and finishes like a Coffee. The launch will include five SKUS and target primary ready-to-drink coffee sets.

SPARKLING WATER. The company will relaunch Aha in 2021 following a US introduction this year as the COVID-19 pandemic surged. The brand will add flavors, emphasize functionality, enhance packaging graphics, and focus on increased consumer trial. Marketing will include an emphasis on the brand as a mixer. Expanded distribution of 16-oz cans will be a priority.

FUNCTIONAL. Vitaminwater, which will celebrate its 25th anniversary next year, will be restaged to profitably capitalize on functional beverage trends while adapting to a post- pandemic world. Ingredients, packaging, and label communications will be overhauled. The brand will introduce new flavors. Vitaminwater’s relevancy in the convenience retail and on- premise channels will be a priority. A spring re-launch will be bolstered soon after by Coca-Cola’s Tokyo Olympics sponsorship.

BOTTLED WATER. Smartwater will look to reintroduce the brand’s still flavors portfolio in 2021, with supported media and in-store activity, as the company has seen initial success in the launch of the flavors lineup in 2020. In addition, a new product line will address wellness and be supported with a significant sampling program and cross-promotions. 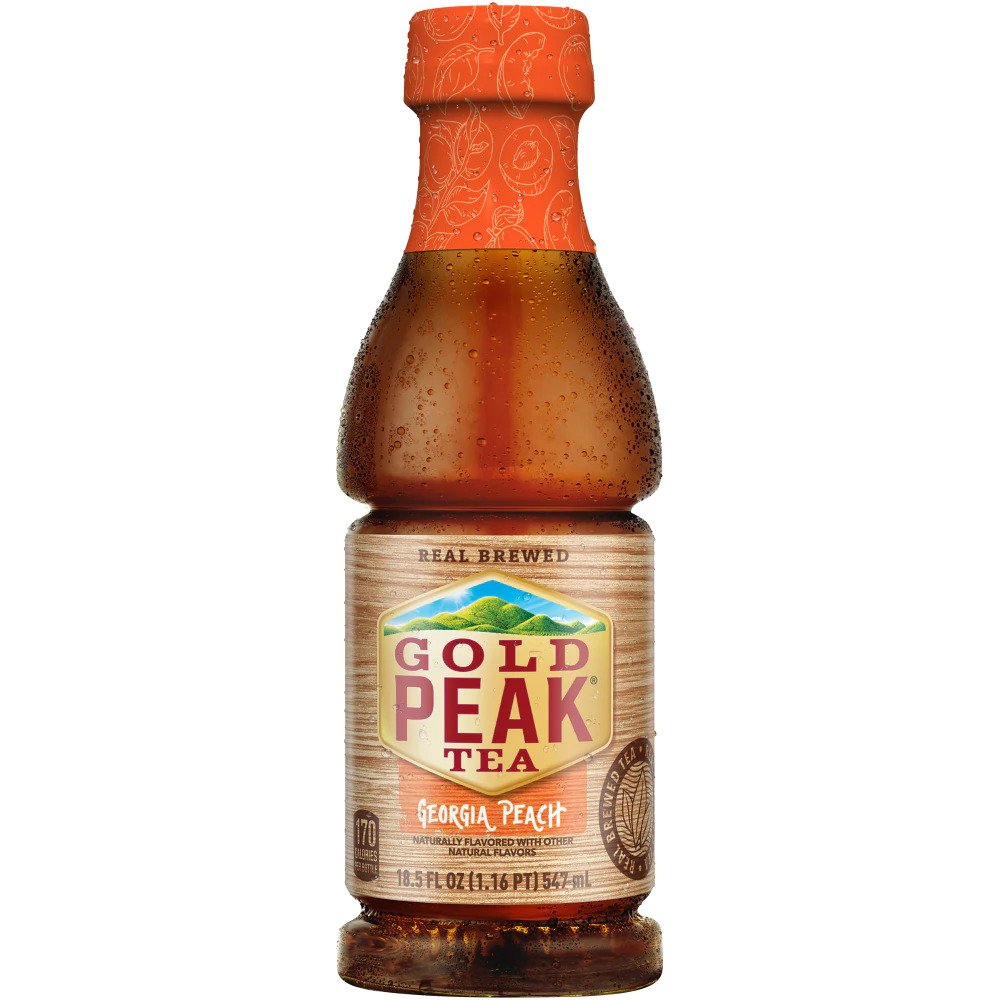 TEA. Gold Peak Tea will be reimagined to accelerate share gains. Upgraded packaging will focus on ingredient, taste and formula attributes while improving profit margins. Sugar reduction will be a focus. Marketing will concentrate on key ritualistic moments, as well as consumers’ desire for simplicity following a challenging 2020. Packaging sustainability will be enhanced. Honest Tea will explore a key functional beverage trend.