Beverage company share prices tracked by BD were generally weak in 2018 thanks to sluggish U.S. markets and a December decline that saw the Dow Jones Industrial Average shed almost 2500 points. The market has since regained some of those losses. Bright spots for 2018 were Keurig Dr Pepper, Starbucks and the U.S.-traded shares of Coca-Cola European Partners. 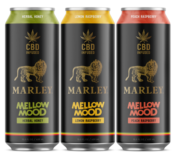 During an investor update Thursday, Monster Beverages said it would launch a new performance energy drink called Reign Total Body Fuel in March with six flavors. The brand would compete with fast-growing Bang Energy Drink. A new Dragon Tea energy offering also is planned. Plus, Monster said arbitration over Coke’s plan to launch a Coke-branded energy drink overseas is “moving expeditiously” and that “we are in the process of amicably resolving this disagreement.” An update is expected in the second quarter, he added.